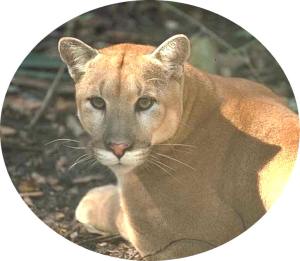 It was fun to watch a young exciting team from south Florida reach the heights that they did this week, as they became the darlings of the press and were written about and talked about all over the country, but there is one thing you may never hear about this school and that is the land where it was built.
You see, the land under this fairly new school, was supposed to be a Panther Refuge.
Land set aside for the Panther, has been a political Florida football for years, with few agreeing on just how much land or Habitat, they need to survive, but one thing is obvious, at the rate they are losing their places to just exist, the Panther will not survive.
Historically, few politicians and even fewer lobbyists here have considered saving wildlife an important enough reason to reject development, or construction, when there are such big donations attached to them for those who make it happen.
In this case, as in many others, money won and a critically Endangered animal lost.
The Florida Panther is undoubtedly, the most Endangered animal in the entire US, with fewer than 1oo of them remaining and it is simply tragic that this school and its supporters could not find anywhere else to build it.
Panthers can neither vote, nor write checks, in fact they really hold little value at all, except to the wildlife watchers and protectors who as usual, have little control over the ugly things that are done to those  ” with no voice. “
Connie Mack may have had his Karma served up by the voters in the last election, but the Panther is the biggest loser in this never-ending game of Florida Monopoly.
The ongoing sad saga for the most beleaguered mammal in America is here:
Dunk City’s Dark Side

3 thoughts on “No Place To Call Home”