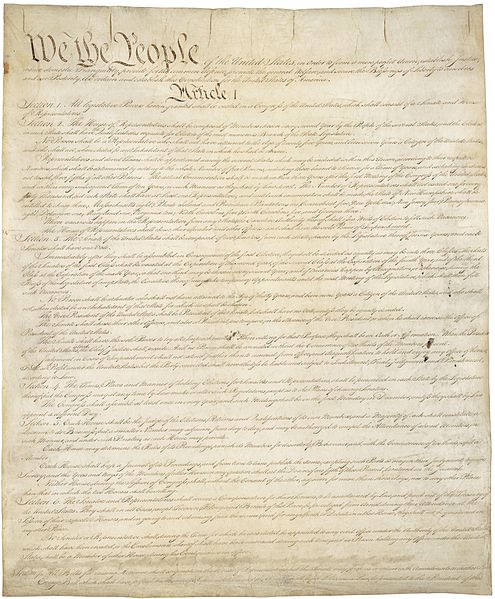 The Constitution of the United States Of America: Public Domain

A WP friend sent me some links yesterday that he thought I might find interesting.

He knows that I am passionate about  animals and their safekeeping on this Planet and wondered if this might be something I would want to do a story about it, or at least to be made aware of.

He recalled my recent story about the activist bomber the FBI were hunting for and thought I might want to know about this.

Well, as it turns out, he was right, it was quite illuminating.

After looking at all of the stories,  I was wondering if I had been living under rock or what?

I was not aware of what follows here.

These Ag-Gag Laws or Animal Enterprise  Terrorism  Act, or   AETA,  were implemented by President Bush in 2006, to protect private property, mostly agricultural companies, from harm, or damage, by acts of domestic terrorism by hard-core animal activists.

I think that is correct, but do please read the act and decide for yourself about my definition of it.

Anyway, it seems that the interpretation of this law is presenting many of the biggest problems.

People just can’t seem to understand what an animal enterprise actually is?

Therein lies the rub for all concerned.

So, when no one is sure just who is right, or on the right side of the law, what always happens in this country?

Why of course, Lawyers are hired, cases are tied up in the courts forever and in the end, as was in this case, it may get tossed out anyway.

In my humble opinion, “What a colossal waste of time and money this all is!”

But, back to my friend and his query in his email,  “Are our Civil Liberties being taken away by these  Ag-Gag laws?

Let’s talk about that.

This case was dismissed last year and was  the first one to be brought to trial, against a women who had used her cell phone to record some pretty heinous treatment or torture of animals.

You see, Big Businesses all over our Globe, do not want the general public to know about all their dirty little secrets.

Do you know what the FOIA, or Freedom of  Information Act means,  or is?

Read more on this here:  What is the  FOIA

When those who enforce the law in this country hear the press, or an  activist using this word, they get chills because they know that sooner or later, the  truth must come out, and if they are dancing on the edge of the truth in any way, they could be in big trouble.

People like this woman, who is not an eco-terrorist  running around setting buildings on fire, or exploding  bombs,  are in a way like me, we just want to put this evil out there, make it public knowledge, so that you and all those who read Blogs like this, will get  ” as mad as hell “ and scream bloody murder until they stop.

So then why, when people like this brave young woman from Utah, or like me, and so many others who are only interested in stopping the illicit or tortuous acts by these monsters, does it have to end up in our Federal Courts?

Because this is America and this is how we work.

The following may come as no surprise to anyone on either side.

The wide range of groups who oppose this bill include:  The American Civil liberties Union or  ACLU, United Farm Workers, PETA, Mercy for Animals,  as well as  the following:   Broad group signs on to Oppose Ag-Gag Laws

Those who want to keep it intact are of course, the slaughter industry of poultry and  livestock, etc. or all who those engage in the highly profitable business of  killing animals  for consumption.

Some places to learn more:

Why Did the FBI Label Ryan Shapiro’s Dissertation on Animal Rights a Threat to National Security?

Animal Rights and the Erosion of the First Amendment: AETA, Ag-Gag and Why You Should Care