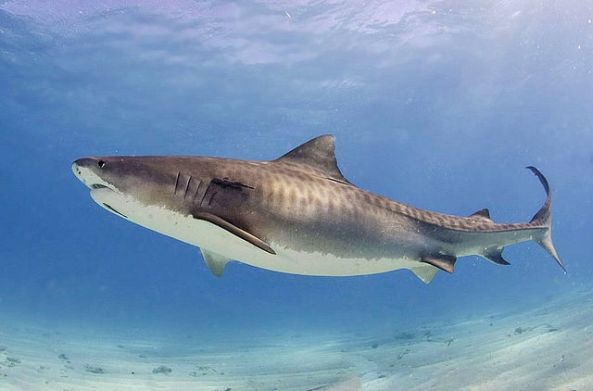 This story has been on our local news for several days and it has Floridians divided,  once again.

I truly did not want to write about this, but the story will not go away.

Those who fish of course, are completely opposed to the idea that anyone, or anything, should interfere with the enjoyment of their beloved sport of  “shark fishing.”

Let me begin by saying that I find this ” sport “ both appalling and cruel.

Yes, the East Coast, or Atlantic Coast of Florida, is and has been for many years, the ” shark bite capital of the world, ” but the behavior of these people in the pursuit of their passion, has only added to the numbers, because sharks will always go where there is blood in the water and that is exactly how these people do their  ” sport! “

This provocative, enticing and dangerous action, is called  chumming.

Sharks are one of the most ancient of all animals that live today on our planet.

They have survived and thrived, when many others, perished and became extinct.

They are a nearly perfect predator and truly need  fear few, if any other animals, only Humans.

We have always been the greatest threat to their continued longevity on Earth.

And, this disgusting sport of  “shark fishing “ is being done state-wide in nearly every coastal town here now.

There are a plethora of Clubs, Charters and Organizations here, all devoted to the “exciting sport,” their words,  not mine, of ” Shark Fishing.”

The problems arise because of where this sport is being done, which is on the hundreds of beaches in Florida, where swimmers, surfers and tourists are usually gathered for a fun day at the Beach.

What these “shark fishing”  groups fail to accept, is that they are responsible for creating a theater of danger at the beach, by their very dangerous actions.

Since the beginning of August, two young children have been bitten by sharks just in Brevard County.

Melbourne Beach Mayor Jim Simmons, is understandably quite concerned for the safety of those who not only come to his town, but of what waits for them when and if, they also visit the beach there.

He has personally experienced this dangerous drama on the Beach and wants to stop it before someone is killed.

The reason for all of the division in the state over this Issue, is quite simple.

Local residents and officials want to stop shark fishing, but really have no legal authority to do so, only Florida Fish and Wildlife can do this.

And the chances of that happening, are slim to none.

There will be an FWC meeting September 11, in Kissimmee, to discuss this and Mayor  Simmons not only plans on showing up for it,  but to lobby for his concerns there as well.

I can’t help but wonder, where Florida’s Better Business Bureau or Department of Tourism stand on this Issue.

Like the line from the movie says, ” this is not good for the Tourist Trade.”

So for the time being, it is beach users “beware.”

If you are a visitor here, or a surfer new to the area, please be forewarned, the beaches can be a very dangerous place in Florida right now.

Shark Fishermen using Florida Beaches for their blood sport, are protected by our State Officials.

You, on the other hand, are on your own!

YouTube Shark Fishing  (It is sick and cruel, be prepared!)