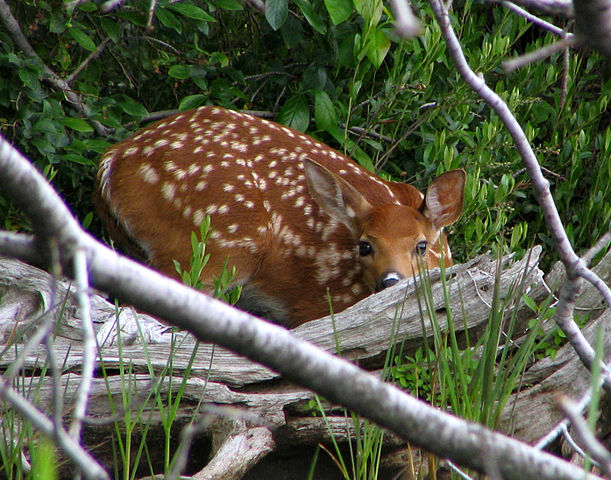 Try to picture this scene.

You are strolling along a path in the lovely, tranquil Ocala Forest of Central Florida, walking with your wife/husband and children, when suddenly without warning, you are shot, perhaps killed.

There had not been a sound.

So, how did this tragedy happen and why?

I will explain in a minute.

Now also imagine driving along the familiar road you always take to go into town to the store and you happen upon a group of people and their vehicles pulled over and parked on the shoulder of the road.

They are all, either standing, or sitting, on the hoods or roofs of their trucks.

And what are they doing you ask?

Well, don’t be silly, they are shooting their rifles into the woods at animals.

These are Florida Hunters.

Yes, we are smack in the middle of Florida Deer Hunting Season right now.

But, this is nothing new, this sickening scene is repeated here every single Hunting Season.

So, what is different about now?

Now, these Hunters shooting into the woods all around us, can legally use silencers on their rifles when they hunt.

Because the State of Florida, aka FFWC, has just given them permission to do so.

This was done at a meeting that just took place way down south, where not many people apparently bothered to travel to, to voice their thoughts.

As if it wasn’t already dangerous enough that these idiots are firing from their vehicles into the woods,  where  they cannot possibly see clearly enough, or  far enough, to be sure, or safe, they can now carry out this insanity using a silencer, so that no one in the woods where they are shooting, will even know that they are about to be shot and possibly even be killed.

Can you imagine how far an errant bullet can go in the woods?

And now no one will even know it is happening!

The NRA and Hunters are as to be expected, simply giddy over this.

Now Florida Hunters, can be just like the 32 other states in America, that also allow this insanity.

I only have one question.

What are these people ingesting?

Oh wait, marijuana has not been approved to be used here, so that can’t be it.

The State of Florida once again, defies all reason or sanity.

Florida’s Hunters, will now and forver after, be killing in deadly silence.

Florida set to end ban on silencers for game hunters