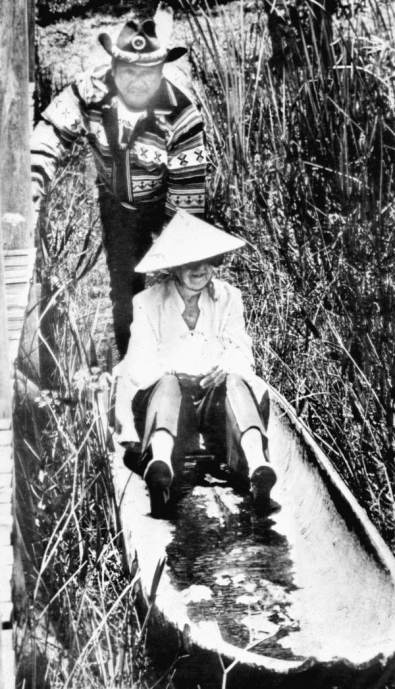 Our beloved Everglades are about to be put under siege and attack once again from greedy, selfish developers and oil mongers.

After the myriad of deceitful,  destructive insults that have been inflicted on one of the most incredibly beautiful places in the entire state of Florida,  causing frequently irreparable harm, to the fragile wildlife and environment, now they want to drill for oil in the Everglades.

At some point the secret, silent, pay offs to all who seek to make this happen, will stop as the money runs out, and when there is nothing left here but sand, what will it all mean?

The Everglades Ecosystem and its surrounding area are so critical, to so many species of animals and plants, that it is hard to conceive in advance,  the level and  depth of damage that this most recent proposal can and will bring with it to the love of Marjory’s life.

I for one, am glad that she is not alive to see what soon may become of what she fought most of her life to preserve and protect.

As expected, Audubon of Florida and numerous concerned individuals and Environmental groups are outraged and alarmed at what could happen here.

The gist of this latest assault on the pristine Everglades is this:

The Kanter family has owned a great deal of land, namely 20,000 acres, in this area for more than 50 years and had thought to build a city there one day, but, that did not come to fruition.

This beautiful place remained quietly unmolested until just recently, when a great deal of interest and money suddenly began  swirling around the Everglades and this powerful Real Estate family, who stand to make a great deal of money either way.

Either way they win and Florida, our fragile wildlife and the Everglades Ecosystem loses, big time!

It is an ironic tragedy, that one of the reference places listed below comes from the very same paper where Marjory and her father both once worked, the Miami Herald.

Search for Everglades oil could move near Broward suburbs

Miami firm applies to drill for oil in Everglades

17 thoughts on “Marjory, Miccosukees and Memories”