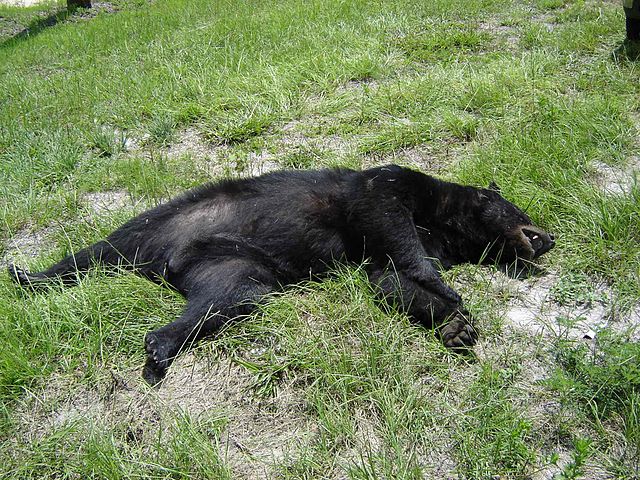 So much for transparency from the King of backroom deals and hidden agendas, or the Governor of what is now known as the sad state of Florida for all wild animals.

Here is the who and what of this deed yesterday:  The Senate Governmental Oversight and Accountability Committee  backed a measure (SB 1364)

Florida’s Governor Scott, who was apparently, although the proof of this has now somehow disappeared,  outed last fall for buying a Bear Hunting Permit, before the murderous rampage began,  surely must have had his hands all over this bill that was just passed yesterday, that will now keep the names of any/all Black Bear Hunters who buy a permit to kill them, out of sight, out of mind!

Just finding information about this was VERY difficult, although the story was on our local ABC NEWS Station in Orlando, this morning. It was not on their web site, nor any other local one here.

I finally found the story in the Gainesville Sun and on Fox 13 in Tampa Bay.

It was no accident that last Fall that the names of 103 persons, who were kept off of Florida’s public bear hunt licensee list included:  police, judges and public officials.

Now the Governor wants to up the stakes, by hiding everybody’s names.

It was no surprise that the Hunt last fall brought Bear lovers and Animals Activists out of the woodworks, and some idiots even emailed and/or called people on the Permit List.

Two of those well known on the List included, musician Ted Nugent and newly appointed by Scott, Florida Fish and Wildlife Conservation Commission member and Rancher, Liesa Priddy, who voted to approve the new hunts.

Yes, those protestors were stupid and did nothing to help the already volatile situation.

Of course, the outcry from hunters and gun owners went all the way to Tallahassee into Scott’s loving, attentive ears.

Oh my we can’t have the public knowing who is going to be doing any Bear killing, why those people could be dangerous, a gun owner might be hurt, or worse.

Now armed with these tasty facts, the Governor and his Mounties say, no more to transparency in Tallahassee, like we have ever had any anyway.

No more public records for gun owners or Bear Hunters in Florida.

Remember that just a short time ago, this same group of intellectuals in Tallahassee passed a silencer bill that now allows Hunters on any road in Florida to sit on, or in, their trucks and fire at will, into the woods, using riles now legally armed with silencers.

Sadly, their poor innocent victims will never know that they are about to die.

Heads up Snow Birds, Visitors, or families, while walking in any Woods in Florida!

This Governor  has become notorious for the secrets he keeps, so it was not much of a stretch for him to encourage his puppets in Tallahassee, to Hide the Hunters.

62 thoughts on “Hiding the Hunters”