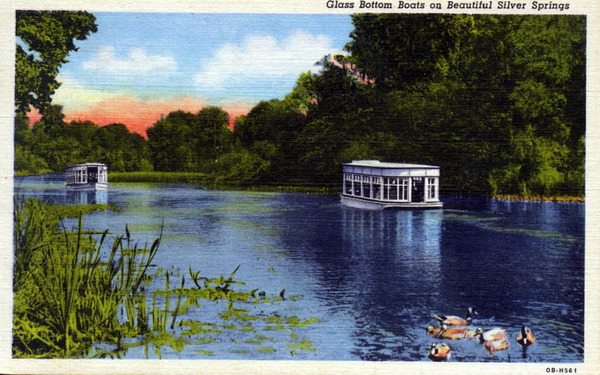 The controversial, Scott nominated, head of the Florida DEP, Jon Steverson, is like a “bird on a wire” at the moment.

So why the controversy you may ask.

Good question, am happy to point out the many reasons he should NOT be confirmed.

This man wants to help the Parks here in Florida become more profitable.

Remember the story here about  Payne’s Prairie  not long ago?

And Silver Springs, the location for the old Tarzan movies, is still trying to survive the Canadian Cattle Billionaire who is presently draining their breathtaking beauty dry everyday, to provide drinking water for his cows.

The Parks making a profit idea, is not of, or in itself, a bad one, it’s the way that Jon Steverson seeks to do so, that is most certainly objectionable to the millions here, who love this state and treasure our beautiful Parks.

There are 174 stunning, natural and gorgeous Parks here in Florida and all of them could be at risk, if this man and those who back and support him, are allowed to continue their planned path.

Our  Parks are all  being evaluated right now, for potential future hunting, logging, cattle grazing and other ways to make money, and ALL of them are on the table.

If Steverson stays, I guarantee you that he and Scott and Company, will implement all of these disastrous plans and our Florida Parks will not only suffer the consequences, but there may likely be Human tragedies as well.

Please do not forget that this group recently passed the gun silencer law.

Hunting in State Parks filled with families, is a disaster waiting to happen.

This group also allowed Bears to be slaughtered and Attorney General Pam Bondi is now under attack for filing a lawsuit to allow air/water polluters to continue unabated here.

Who can forget her picture on the News releasing a rehabilitated Bald Eagle yesterday.

She in my opinion, is the LAST person who should have been holding that Bald Eagle!

It should have been ANYONE from Audubon, the group who did the rehabilitating.

This Governor and those who follow and work with him, have one agenda: money and how to make it here.

They will all share in the profits and the state and all that is beautiful in it, will be the losers.

Remember Scott came here from Illinois, he is NOT a Floridian, he has little or no concern for all that makes this place Paradise, only what makes money.

And it seems his choice for the head of the EPA is in perfect step with him on this.

Scott’s arms are long, so I am sure that all of the right people have been advised that he wants Steverson to stay put to carry out the plans.

Quick note to the Governor:

How many visitors do you think come to Florida to see cattle eating, or Hunters killing Wildlife?

Just asking, because last time I checked, tourism was our number ONE economic driver!

In conclusion, regardless of objections, guess we all know whether Steverson will stay or go!

DEP Would Further Exploit Our Resources

26 thoughts on “Will Steverson Stay Or Go?”